“The idea is to do all the big wide shots when there is no hard sunlight. The best time for this would be either first thing in the morning or last thing after the sun goes down, i.e. magic hour. These are the only times of day that you can be sure there will be no sunlight.”

How to achieve a rainy day look on a sunny day?

“well you could go that route but creating an ext. overcast look on a sunny day is something I wouldn’t even think of doing.. it is not efficient and in some ways just stupid unless your location has natural sun blocking stuff like buildings or maybe a forest with a thick canopy or something like that.. and even then it will still be complicated to make it look true… unless you don’t have too high standards for this project.

In the end I think you should talk to your director and ask him how important that rainy day look is and whether or not he can rewrite the scene to make it work somewhere indoors in stead of outdoors… Tell him it will probably be very expensive to make it look right and that you won’t be able to guarantee him that the look is going to work (unless you can do some tests first and if you’re happy with those results).

But my opinion is: in general you can’t make a horse out of a donkey…

Unless maybe if production can afford to pay for it.”

What if you want a sunny day look but have a cloudy day?

At least you have lamps! It is often the case that you are shooting a scene over a day or more and the clouds move in and out. I will always work on a strategy that isolates coverage that I can achieve in those moments when the sun goes in. Of course this is usually closer shots – I remember a shot in ‘True Grit’ that was lit during an intense snowstorm but that was to match a scene in full sun – perhaps the interiors of a car, if one is involved, or even shots that play directly toward the sun where some softer light may be advantageous.
I shot an extended scene for a film called ‘Sicario’ last summer supposedly taking place in a matter of minutes but one which we needed 3 days to shoot. We were in New Mexico and the clouds would usually build up by late morning and then fade as the sun went down. Luckily we had car interiors we could shoot in the early low sun, which also created a matching problem, as well as during the cloudy periods of the day. At the same time we would rehearse to such an extent that we never lost a moment of the best light when it was available.

“A location which is kept in reserve to serve as an alternate shooting site in case the chosen shooting site is unusable. It is most commonly used in the context of shooting planned for an out of doors location. (Production)” 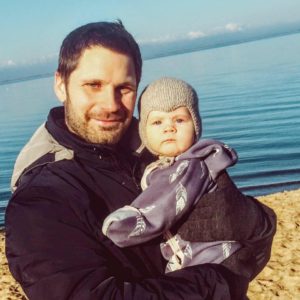